Skip to content
You are here:Home » How Right Built offers its customers the right-build-solutions in planning their dream homes
Custom building Insights 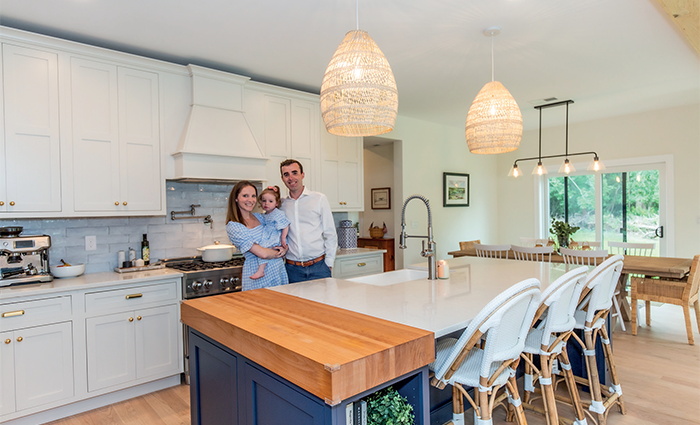 Richard Coelho, Founder, demonstrates the epitome of a homegrown business with Rhode Island-based, design-build-oriented Right Built Homes (Right Built.) Although he only committed 100 percent of his time to the venture five years ago, he cites the birth of the company as coinciding with the breaking of land on his first major project 17 years prior – the construction of his own home. “I found that locally there was a general lack of knowledge in regard to the approach to construction that I was interested in pursuing, but after conducting my own research I decided to jump in and build a house by myself,” Richard explains. “So, I originally started by building my own home and utilizing a combination of energy efficient and other new construction methods. 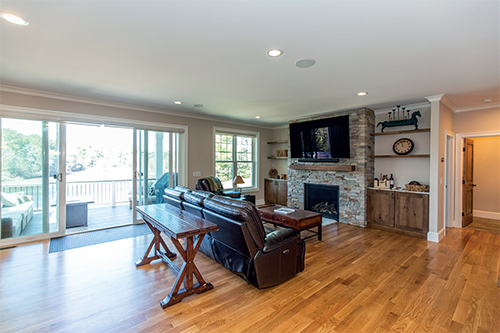 “We did subcontract some stages, such as: laying the foundation, general excavation work and some framing, but beyond that I swung the hammer and did it all. I wanted the control over certain elements, like the plumbing and the installation of radiant heating – off the back of which, I decided to get certified through the Energy Star program and learn more about the different methods that I could apply to my home,” he adds.

Along the road that Richard has traveled in the name of this passion, is a history of happy customers who have had the pleasure of working alongside the Right Built team – with ‘working alongside’ being a key phrase and part of what it is to undertake its services in the design-build industry. What Richard wanted for himself 17 years ago, is what he still offers his clientele today – control.

“I really enjoy working with people,” he states. “I would say 75 percent of Right Built’s current projects are being led by a client who has approached us with a plan or concept, which together we bring to life through the design-build process. As a smaller company, transparency is key to us – we are not building 100 houses a year, so the majority of the time, as a customer, you’ll be dealing with me. Given that I hold a lot of the knowledge from both a cost and construction perspective, I can be the one to personally update you too, which I think is an attractive aspect. Another key characteristic of a successful smaller trader is responsiveness. In updating clients, I try to do a weekly roundup, including any larger or major developments. We generally break the project down into five or six phases and as we are crossing from one to another I like to generate an updated timeline to map out where we are and what we should be considering, such as: selecting tiles, lights or exterior colors.” 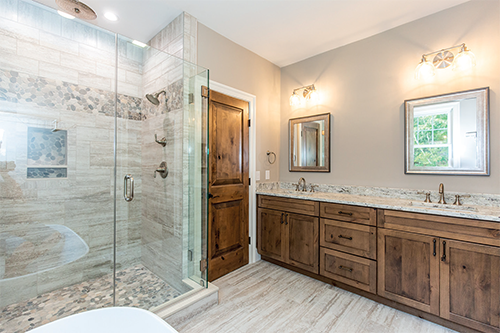 Although he enjoys harnessing the creativity of Right Built’s customers, Richard recognizes that there’s a level at which his expertise must be at the forefront of ongoing work. When it comes to custom-building what somebody is picturing as their dream house, people often forget about the potential resale value that over-investing in one specific style may incur. Richard says: “I try to incorporate my awareness of market trends into my advice. There’s a lot of clients who, when designing their property, look at it as their ‘forever home,’ which statistically is not the case. Life does change as do family dynamics and you should never write-off the potential that you may one day need to sell the home.”

Richard undertakes a great deal of training in his spare time to be confident in offering Right Built’s clients the latest advancements in technology and methodology. When it comes to lowering a project’s carbon footprint, not only is he a member of the Energy Star program, he constantly strives to exceed its guidelines by producing structures with lower resultant ratings. As he states: “There’s a couple of factors you can incorporate: one being the heating system and another, the envelope of the house and how tight it is – we spend a lot of time focusing on the air barrier of the exterior shell of the property, using something called the Huber zip system. From an insulation perspective on the interior, we use a combination of fiberglass and foam to achieve a tight, well insulated home. By keeping the costs low, we try to keep the return on investment to around five or six years.”

So not only is it the team’s knowledge that gives the company an edge over its competitors, but also the attitude with which it is applied and implemented in different situations. The design-build approach is growing in popularity as a result of the collaborative approach it offers the ownerand the contractor. However, this only works well if both parties are ready and willing to work together and hear each other’s ideas – something of which anyone approaching Right Built can be assured. The business promises patience in the form of listening, consideration in terms of advice, and a top quality, timely service as an overall outcome.
www.rightbuilt.com