Skip to content
You are here:Home » From New Orleans to New York
Custom building Design Features 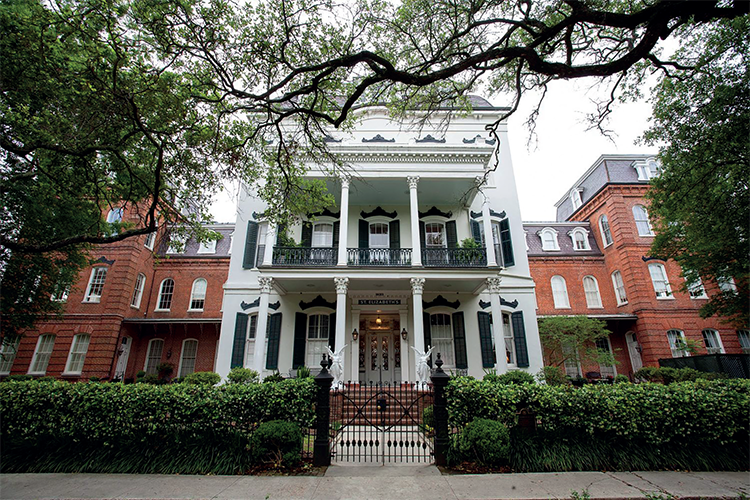 With the death of Anne Rice in December 2021 at the age of 80, New Orleans lost one of its most unique characters. The author of the 1976 smash hit Interview With a Vampire and its 13 sequels among her 40 novels sold more than 150 million books during her prolific career, forever changing the image of the vampire in literature and inspiring countless other writers. A New Orleans native, Anne championed the city’s Southern Gothic aesthetic and owned many lavish NOLA homes, including an 1880’s Saint Charles Avenue mansion that is said to be haunted.

In 1993, Rice purchased a three-story, red-brick, 19th-century building known as St. Elizabeth’s, which had formerly been an orphanage and a Catholic girl’s school. Anne turned it into the largest home in New Orleans, taking up an entire city block. She hosted charity fundraisers and gave public tours, using the money to restore the 47,000-square-foot building, which is on the National Register of Historic Places. Downsizing after the death of her husband, she sold the building to developers who converted the home to luxury condos. The largest and most spectacular unit, The Chapel, was sold at auction in 2018.

SoHo sophistication
Reality Star and entrepreneur Bethenny Frankel arrived on the television scene with her runner up finish on The Apprentice: Martha Stewart, appeared on eight seasons of Bravo’s Real Housewives of New York, and headlined several of her own projects including a talk show on FOX and the competition program

The Big Shot with Bethenny, currently streaming on HBO Max.

The multifaceted star personally renovated the Soho loft she has listed for sale at $6.995 million. The 4,000-square-foot, full-floor apartment has 11-foot ceilings and oversized windows that let in plenty of natural light. The home’s sleek, modern style is enhanced by marble-and-oak features while exposed pipes and original columns maintain a classic Soho aesthetic. A thoughtfully designed open floor plan connects the entry foyer, massive great room, kitchen, open dining area and formal living room. The kitchen includes built-in stainless steel appliances, lacquer-finished cabinetry, a central island and a waterfall marble countertop with seating for six. A custom marble-and-stone bar enhances the living room, while another wet bar is concealed within the gorgeous media room that also includes a fireplace.

The primary suite is spacious and airy, with a custom-designed, built-in headboard, luxurious bathroom with both a shower and a free-standing soaking tub, massive walk-in closet and separate beauty room. The second bedroom is enhanced by a customized wardrobe and city-quiet windows. The home office has its own en-suite and an attached laundry room. The apartment also includes many modern upgrades such as an integrated sound system, central AC, custom lighting and motorized shade, while the building features a key-locked elevator, brand new video intercom system, a full-time super, and a stunning common rooftop terrace. Officially a four-bedroom, three-bath home, the residence is currently configured with two bedrooms but could easily be converted to four plus the office.