Skip to content
You are here:Home » Cole Construction: The story of two brothers, and their journey from flipping homes to Chattanooga’s premier custom home builder
Custom building Insights

Based in Chattanooga, Tennessee, Cole Construction is the brainchild of brothers Matthew and Warren Cole. It was Warren who first started buying and flipping homes in 2008, renovating properties prior to sale. When Matt joined him in 2012, they teamed up to launch the company, taking on a mix of remodeling and custom homes.

Fast-forward to the present, and the company has established itself among Chattanooga’s leading homebuilders. After exiting the remodeling business a few years ago, the company is now focused purely on new-build work, carrying out between 15-to-20 homes a year, including two or three spec homes. 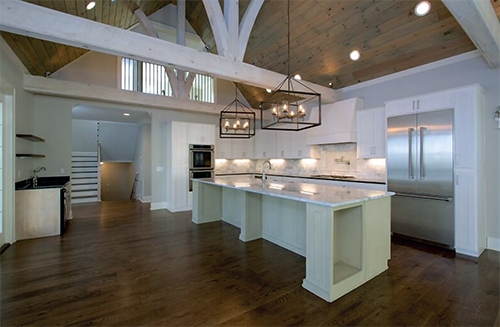 Speaking to Modern Home Builders, Warren is enthusiastic about the pair’s nearly 15 years in business, despite a steep learning curve at the outset. “We’ve learned a lot since starting the company,” he admits. “During a build, there are always ups and downs; the biggest lesson we’ve taken on board has been the need to ensure a solid marriage between our clients and our team. We interview clients as much as they interview us, because we want to guarantee that we can work well together. Our homes can take anywhere from nine-to-14 months depending on the size, so a positive relationship is essential.”

Detail-oriented approach
Homebuilding is a competitive field. According to Matt, what distinguishes the company is a penchant for detail. “We put a lot of effort into the process, both before the build, in terms of our estimating, spec sheets, and more, and during the build,” he comments. “When you’re building a home, there are a million decisions to be made – and it can be quite overwhelming. We’re fortunate enough to have an in-house architect who can help us provide accurate pricing from the outset, and set the right expectations for our clients.

“Similarly, our interior designer takes our clients to view different products at various showrooms, guiding them through the process of making selections,” Warren continues.” Particularly as lead times have become increasingly crazy, providing that level of organization and support has been crucial. We also maintain strong lines of communication at all times, giving clients the opportunity to call, ask questions, and maintain a full picture of what’s going on with their build.”

The success of Cole Construction’s detail-oriented approach is evidenced in the host of completed projects to which the company can lay claim. “We’ve built beautiful homes for a number of awesome clients,” Matt reflects. “One that pops into my head is Jasper Highlands, a mountain community located on the outskirts of Chattanooga. The first build we took on was an acre, right on the brow of the cliff. We hit rock quite soon after drilling down, and after consulting our structural engineer, we ended up drilling down a further seven feet to ensure it was secure. It was a project that involved a lot of alterations to make it work, but the result was a home with spectacular views, delivered on-schedule, with which the client was really satisfied. 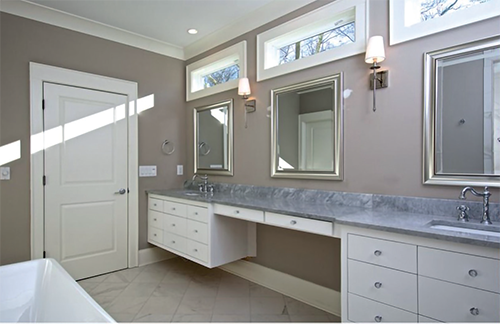 “All our projects stand out for their own reasons,” Warren adds. “Often, it’s just a really cool house, and clients who are a pleasure to work with. One piece of land that we own and can’t wait to build on is 31 N Crest Rd on Missionary Ridge. The land used to be the Tiki Palace – owned by Billy Hull, it was once the talk of Chattanooga. We can’t wait to sell it, and we hope whoever the new owners are, that they’re keen to incorporate some of the nostalgia that comes with the location.”

Developing relationships
More projects are set to follow. Cole Construction is eagerly anticipating demand from the opening of the River Gorge Ranch subdivision, also located within the Tennessee mountains. “The developer completed the lots about three-to-four months ago, and they’ve recently opened up for sales, with almost 150 sold already,” Matt reveals. “Over the next six months, that’s a big opportunity for spec homebuilding, along with the potential to build up a strong base of new clients. We hope to establish ourselves as a preferred builder, and if we’re successful, it will allow us to keep growing and expanding.”

Looking to the long term, Warren hopes to further extend its capacity, with a view to building between 30 and 40 homes each year. “We like to make a point of growing,” he comments. “A lot of pieces have to come together to get that to work, including a number of new hires over the next few years. We are licensed in Georgia as well so we have builds there as well. In fact, we build approximately 40 miles from our office so that includes Ooltewah, Dunlap, Signal Mountain, Lookout Mountain, Soddy Daisy and other areas.”

The company also draws strength from a series of successful creative partnerships. “Chattanooga is relatively small, so there are only a handful of suppliers in town,” Matt points out. “As I tell our clients, most of them aren’t even in the phone book. What we have done, however, is select those who can best meet our timelines, with workable quotes. We’ve been developing those relationships for the last half a decade, and the result is a set of subcontractors who really know our processes and have the ability to work with us smoothly. That doesn’t happen overnight, and at the same time, there are always those with whom you work successfully on one project, but it doesn’t quite work when you move to another. It’s our top priority to treat them fairly and keep those we want to work with on board.”
www.colebuild.com